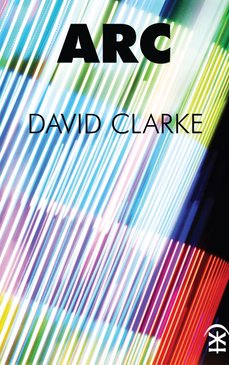 LONGLISTED FOR THE 2016  POLARI PRIZE

Follow the trail of these fleet-footed poems, and you’ll be swept along from sonnets for Scott Walker to Orpheus as white van man, via ‘epic fails’ and sword-swallowing for beginners. It’s a memorable trip you’ll want to start afresh as soon as you finish reading. By turns subtle, bittersweet and wickedly sharp, this is a debut collection of poems to be savoured and shared.

Praise for Arc by David Clarke:

‘‘I am the boy who threw the ball / into summer’s empty mouth.’ So begins David Clarke’s beautifully-crafted debut. His refined and elegantly playful poems mine popular and classical culture with equal aplomb, as poems about Jimmy Stewart and Superman sit alongside an Orpheus who ‘wants two Americanos’ and an exploration of Plato’s ideas on cake. Here is a subtle control of form, a distinctive voice, a lightly-worn erudition and a feeling that we are in very safe hands, as Clarke sings in praise of this ‘Dumb old world.’ In a time of permanent emergency, there are few better navigators. Just as in ‘The Messengers,’ Clarke laments the fact that we do not hear the angels crying, so I want to say Listen. Listen to this.’           –  Jonathan Edwards

‘Lenin sheds reactionary tears in the music hall, Scott Walker starts over with ‘only [his] voice and the dark’, a narrator finds the promise of a ‘whole new country’ in a Gay Pride Festival; there are poems about sword swallowing, Jimmy Stewart, assembling a greenhouse, and revolution. Arc is a various, exciting and exhilarating debut collection. David Clarke has a knack for writing lines that take your breath away.’     – Cliff Yates

‘This is an energetic debut and a thoroughly engaging read. At times explosive in imagery and theme, the tenor of discord, both personal and political, flowers through a skilful sobriety of form and theme. Arc contains poems in which the language of the world is returned to us with a lyric excitement. It’s a pleasure to read work as engaged and intelligent as this.’     – Rachael Boast 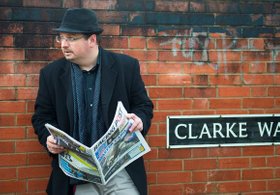 David Clarke was born in Lincolnshire and now lives in Gloucestershire. He works as a teacher and researcher. His poems have appeared in magazines including Magma, Tears in the Fence, Iota, Anon, Under the Radar and New Walk. His pamphlet, Gaud, was published by Flarestack Poets in 2012 and won the Michael Marks Poetry Award. Arc is his first full collection of poems. He blogs here.

Love, sex, boats and friendship. And yet Jo Bell’s second poetry collection, Kith, is about so much more. Delighting in the belting, beautiful turn-of-phrase, Jo Bell’s poems are lyrical and joyous, but always precise and clear as birdsong.

‘Jo Bell is one of the most exciting poets now writing and no time is wasted in the company of her work.’ - Carol Ann Duffy

Find out more about Kith here