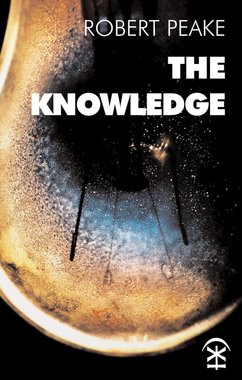 Robert Peake’s incredible eye for detail illuminates a collection of stirring and delicately attuned poems that not only roam but actively seek – travelling to all manner of places but also moving through time, taking leaps of faith or journeys into memory and sensation. These poems refer to a kind of knowledge that isn’t just sought or gained, but is felt and experienced, known in your heart and in your bones as much as in your mind.

From postcards to portraits, from ancient and modern wars to cosmopolitan cities, wildlife, and even a tiny ornamental skeleton, Robert Peake finds a sharp focus for the bigger picture both far and wide and closer to home. These carefully-controlled and eloquent poems know the subtle and deep consequences from each small gesture; the ripple-effect across each story, the altering of lives and history; the still, quiet centre from which it all begins.

Praise for Robert Peake’s The Knowledge

‘Robert Peake’s impressive new collection sounds a note of Biblical warning in which “Beneath the surface, darker matter stirs”. The language of fire and flood collides with the contemporary world to surprising, often shocking effect. What’s revealed is a society where technological sophistication is at the disposal of some age-old motives: greed, vanity, power. It’s a post-lapsarian vision, but one which refuses easy judgements and within which Peake retrieves moments of real tenderness and the slim possibility of change. The result is a collection stalked by history which speaks truth to our times.’     – Esther Morgan

‘The Knowledge is quirky, wide-ranging, luminous and completely enthralling. If there were an A-Z of all the places poetry should take us, this would be it.’     – John Glenday 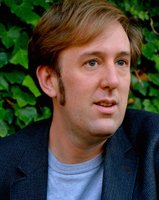 Robert Peake is a British-American poet living near London. His short collection,  The Silence Teacher,  was published by Poetry Salzburg in 2013 and followed on from Human Shade (Lost Horse Press, 2011). His first full-length collection is The Knowledge (Nine Arches Press, 2014).

Abegail Morley’s new poetry collection The Skin Diary follows a Forward Prize shortlisted debut, How to Pour Madness into a Teacup. These poems confront loss in its many forms with unwavering and astonishing clarity, yet there's an incandescent thread running through every line that makes each alive with fierce and steely energy.

Find out more about The Skin Diary